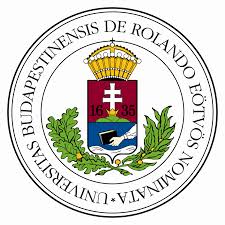 The complex Internet infrastructure plays a crucial role in determining end-to-end experiences of the users. The current Internet connects around 2 billion users through a global communication infrastructure that consists of thousands of service providers of different business types. A significant fraction of the users connect to the Internet through mobile broadband networks; using their notebooks, tablets and smart-phones. With the advent of 3G and 4G, a huge number of mobile applications have emerged with a wide range of requirements against the networking infrastructure. Ensuring high Quality of Experience has utmost importance for application developers. However, it is also well-known that network operators apply various policies in different layers of networking, affecting end-to-end traffic characteristics and eventually the observed Quality of Experience.

Reconstructing and understanding these policies may help developers to make their applications compliant with the network and thus improve the provided QoE for end users. Such information can also be important for decision makers and supervisory bodies to get feedback about applied traffic management policies and practices, as well as the level of network neutrality to check their compliance with local regulations.

In the RECON project, we have proposed networking experiments to reveal and reconstruct the network settings and policies applied by network operators in Network, Transport and Application Layers. The reverse engineering approaches developed in RECON aim at giving a vertical view of the largest European Mobile Broadband Networks. In network layer, we proposed a GPS-traceroute measurement to investigate routing policies with special focus on the NAT-box placements, the applied exit routing strategy from different locations and the topology changes of mobile end-hosts. In transport layer, active measurements have been developed to identify how Explicit Congestion Notification (ECN) is supported by the MBB infrastructure considering both UDP and TCP cases. In contrast to existing studies, we focus on the infrastructure support of ECN related fields in both IP and TCP headers and the observation of CE marking. In application layer, operators often apply traffic differentiation — giving better (or worse) performance to certain classes of Internet traffic. To this end, we conducted measurements using the record-replay methodology with a variety of popular applications. In contrast to previous solutions, we also generate an encrypted reference flow to distinguish temporal performance issues caused by the network from the effect of policies like traffic shaping. In addition, more specific experiments have also been carried out with a modified YouTube client to determine quality experienced by YouTube end-users in MBB environment.

Such information can also be important for decision makers and supervisory bodies to get feedback about applied traffic management policies and practices, as well as the level of network neutrality to check their compliance with local regulations.