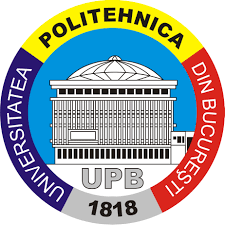 The main aim of the TTOff project was to collect and analyze data that would be useful in devising novel methods for performing traffic, data and computation offloading in mobile networks, through the MONROE platform and nodes, and we consider that we have reached all our objectives.

The necessity of offloading comes from the proliferation of mobile devices in the past years, which has led to an overcrowding of networking infrastructure, and thus to bad experiences for users and thus customer dissatisfaction towards the mobile networks operators. For the TTOff project, we implemented five MONROE platform extensions for collecting network parameters for all three types of offloading (on a different mobile broadband interface, through a Wi-Fi access point, or with the help of another device in an opportunistic terminal-to-terminal fashion).

Thus, we implemented a component for collecting parameters from mobile broadband interfaces (latency, throughput, download and upload speed, RSRQ, RSRP, etc.), which allowed us to observe the evolutions and patterns of these metrics based on factors such as time of day, day of the week, location, events, etc. Furthermore, we implemented a similar component for the Wi-Fi interface, proving helpful in deciding whether to offload to this interface. Regarding Wi-Fi offloading, we also implemented an extension for detecting and measuring the capabilities of in-range Wi-Fi access points, which are a potential method of offloading data. This extension was also implemented in the form of an Android application, for ease of measurement in walking conditions.

Regarding terminal-to-terminal offloading, we also proposed and implemented two device-to-device scanners, that would observe and log devices that were in range of the MONROE nodes (either through Wi-Fi, or through Bluetooth and BLE). These devices would be potential relays for offloading, so we needed to analyze their behavior in terms of number of appearances, contact duration, intercontact time, device type, etc.

Based on the data collected, we came up with two novel traffic, data and computation methods that we implemented and tested using a mobile network simulator (that we also implemented ourselves) entitled MobEmu. The analysis of our proposed solutions was performed on the real-life data collected through the MONROE platform (and imported in MobEmu), and the conclusions were that our methods are able not only to reduce the computation time for the tasks offloaded (and thus the quality of experience), but also the overall cloud platform usage (which translates in lower costs for application developers and mobile network operators, as well as a lower overall energy consumption).

Finally, we also implemented a proof-of-concept offloading framework for Android devices, which allows users to implement their own solutions on top of it. We performed some initial testing on it and obtain promising results in terms of performance.